You’ve got a match! How “Discover Weekly” works? 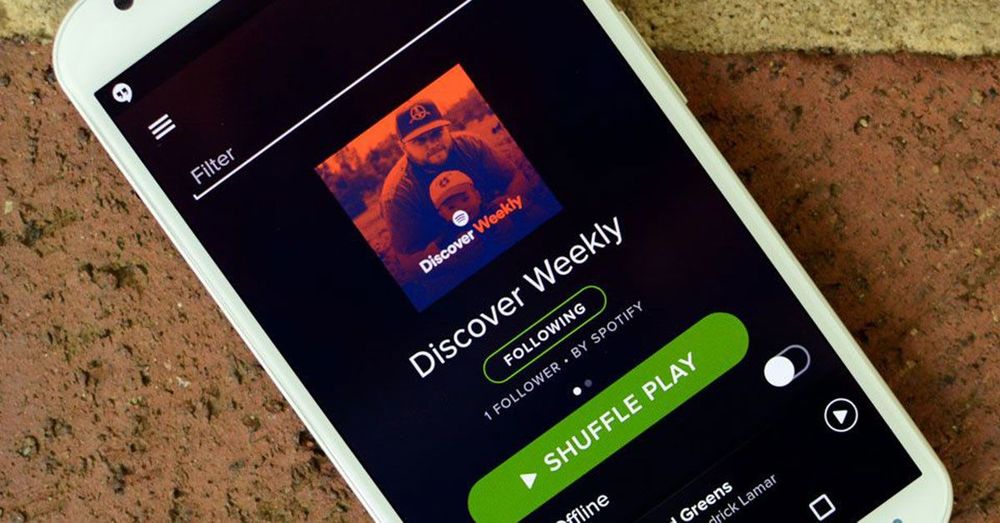 How graceful and world-consuming matter! We’ll try to keep it short though, we value your time as much as any other authors on the internet. Since you are here, however, we need to discuss a certain pattern of thinking. The process of how music streaming platforms are connecting the dots between a slick playlist and you is a fancy one.

And who does it best? To answer the latter question would be much quicker and won’t allow us to gloat so much, so we’ll tell you right away: Spotify is king when it comes to mastery of playlist matchmaking. How it does it, that over 75 million of users are so eagerly awaiting the next Monday to explore their latest Discover Weekly playlist?

Ah, the duality of design!

It’s been known for quite some time now that the streaming platforms use algorithms to recommend new music for each user. How they compose the questions the machine so cleverly answers is up to the creators. Spotify nailed their questionnaire with a doublet:

There is a suggestion, that is based on what the other users listen to during each week. What they liked and put on their playlists. The information is being stored and processed at the core of the machine. From there it is known what music is s**t and what is The s**t. This lets the AI narrow the search for the perfect thing for you. If you liked two tracks of different genres, same as X number of people, that those two musicians have reached you and the others by the same way the third will, probably. Most likely you’ll add it to the playlist though. Only one of us can’t get anything good from the Discover Weekly and it’s because he’s listening to EVERYTHING at once. He’s the troublesome one on many other occasions, but that’s beyond the point.

Anyway, once the AI finds the right groove for you its gets checked out or in, depending on whether it passes the second phase:

After the initial run in comes the second, much more complicated. This concentrates on you in the entirety of its power. The AI scans your favorites by all the names of music genres a song can have. If you looked at your favorite song ever (as if you had only one) and look it up, you’d notice a dozen of musical adjectives you never knew existed. This is rather paramount for the process to work. Since the multitude of names helps the system sort one track from the other by the variations that differ them into categories. Your music favorites will present themselves as a mass of “general ideas” on how you like your music. To the program, it’s easy but who could admit to listening to new americana alt-country stomp & holler? We thought so.

The AI binds it all into sense.

As always: the man makes a mess and some poor algorithm has to do all the cleaning. Luckily this mess is more machine-made and because of that, it works both in making and sorting through. Unfortunately (Ah, the duality again!) for us, it’s really complicated to grasp. Even though Spotify creators, architects, and programmers tried to explain their work on various occasions there’s always a piece of the puzzle missing and coincidently its big enough to loose the public on the how.

The collaborative filtering, as in Amazon’s “people who bought this, also got this”, and natural language processing. We even know that Spotify runs on an open-source Kafka (not Franz, tho) to manage real-time data. Still, no clue. Only Dre.

No way to bite into this without some serious spy stuff and even more serious knowledge of IT. Where we would very much to acquire more of one, the other we already got and know it’s not as interesting. We won’t have to kill you if we tell you, but you’ll most likely die of boredom anyway.

So, take it as it is: The music streaming platforms use complicated algorithms to specify through music tastes of their users for better suggestions on new tracks. Spotify did nail their algorithms and not many people know how. We can tell you it’s magic or math. Or both for what it’s worth. The bottom line is – it’s awesome and it makes Mondays a bit more bearable. (so it is magic!)

Poprzedni
How to Stop Spotify From Adding Songs
Dalej
Spotify Cons: 8 Reasons You Shouldn't Use Spotify