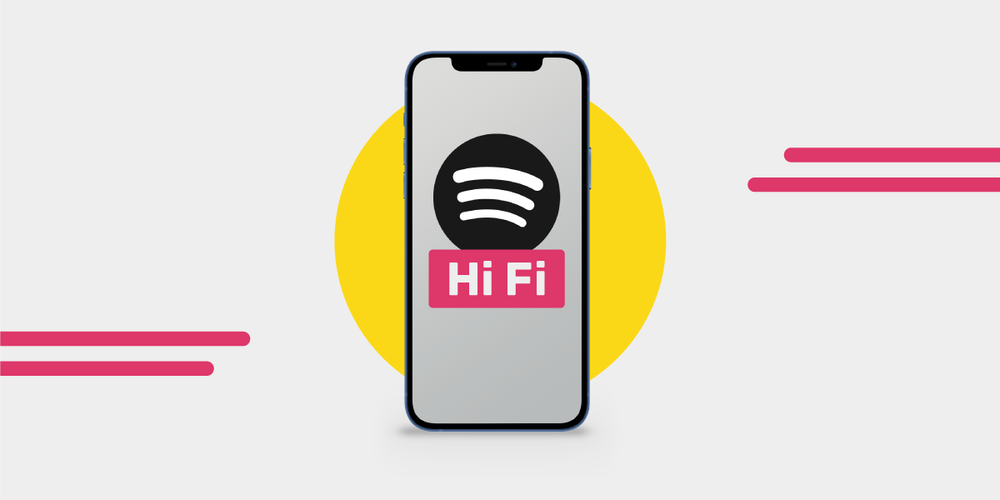 Spotify announced the coming of the Spotify HiFi around February 2021. This product is a very much anticipated feature to improve streaming quality. Even though the streaming service announced the release of the HiFi over a year ago, it still hasn't been released, making us wonder if it will ever get to see the limelight.

However, recent news has it that the Spotify HiFi might still have a chance to be released sooner or later. So, this article will discuss the release date, cost, and other things you need to know about this upcoming Spotify product.

What Is Spotify HiFi?

Spotify HiFi is high-fidelity audio that will provide lossless music audio to users subscribed to the plan. When Spotify announced the HiFi plan in February 2021, it was said to be a way for premium Spotify users to upgrade their subscription to the new membership plan proposed by Spotify — the Platinum subscription plan.

This membership plan will help subscribed Spotify users listen to better and high-quality music and podcasts, as well as lossless Spotify audio streams. The new plan is said to have a great feature that screams quality.

However, since the announcement, no obvious move has been made, leading to different rumors cropping up. It's no news that all Spotify users look forward to high-quality music and podcast streaming, and it's one of the most requested features by Spotify users.

Due to the prolonged wait since 2021 after an initial teaser in 2017, users have begun to doubt if they'll ever get the chance to see Spotify HiFi enter the music market. 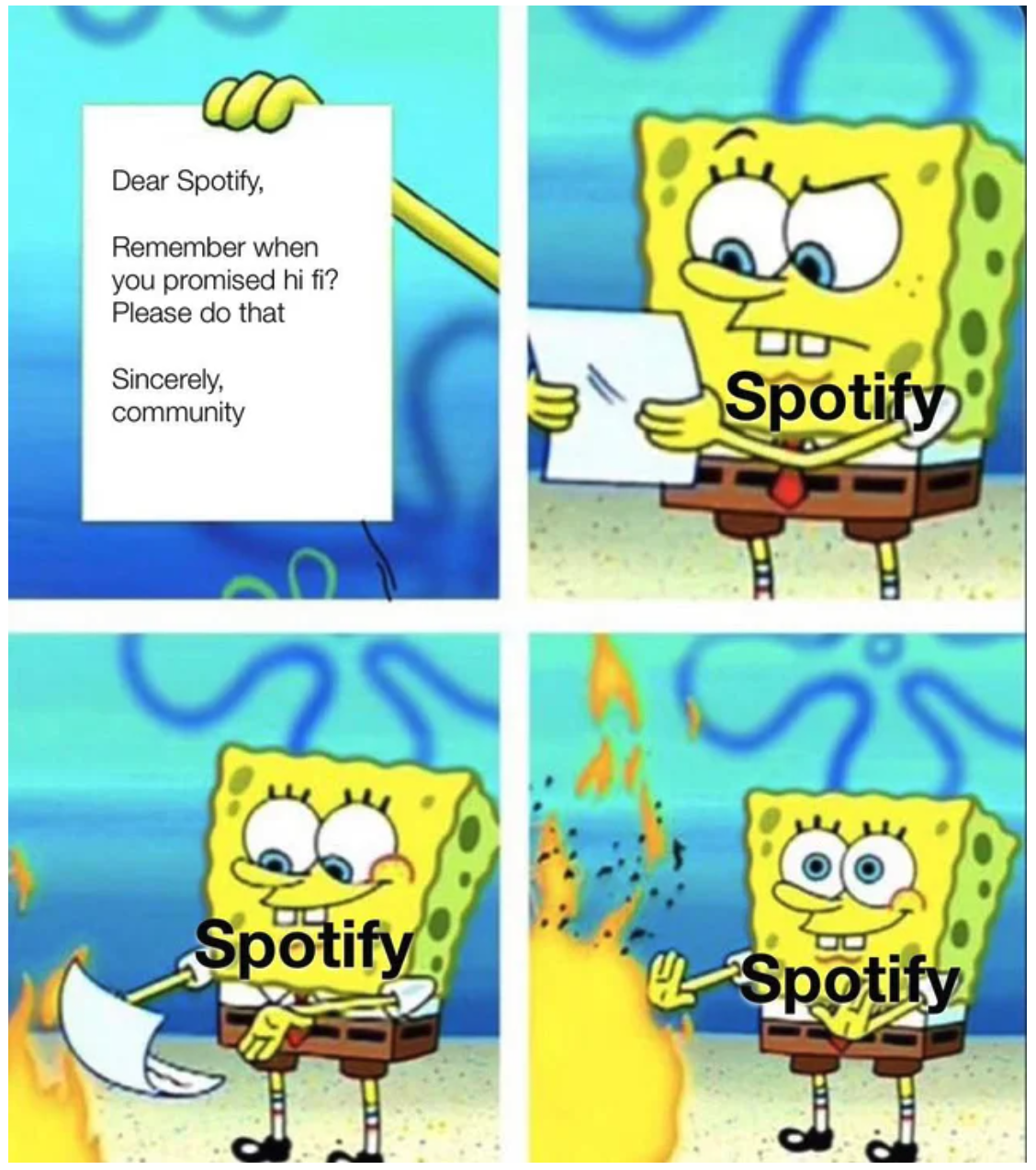 Furthermore, many popular streaming services such as Apple Music, Tidal, Qobuz, Amazon, and so on have already provided their users with high-fidelity and lossless audio. Not having the HiFi feature makes people wonder if Spotify will ever meet the growing competition.

Spotify currently holds about 180+ markets worldwide, meaning over 180 countries use the streaming services. In addition, Spotify HiFi may launch in a few selected markets first. This means some countries or regions will likely get the feature before others. For example, before now, the UK or Europe always gets Spotify features first.

When Is the Spotify HiFi Release Date?

With the way Spotify has done nothing since the Spotify HiFi announcement in 2021, we can't say precisely when the HiFi providing lossless audio Spotify will be out. It might be around sooner or later.

However, during our research, we found a post on Reddit by a user with the username, u/nearlymind. This Reddit poster is a Spotify user who unsubscribed from the Spotify premium plan and moved to Apple music after using the Spotify streaming service for a long while.

The user claimed he got a mail from Spotify to complete a survey after unsubscribing from the premium plan. The survey filled by the user shows Spotify aims to launch a Spotify Platinum plan soon. This plan promises to offer HiFi and Spotify lossless audio. 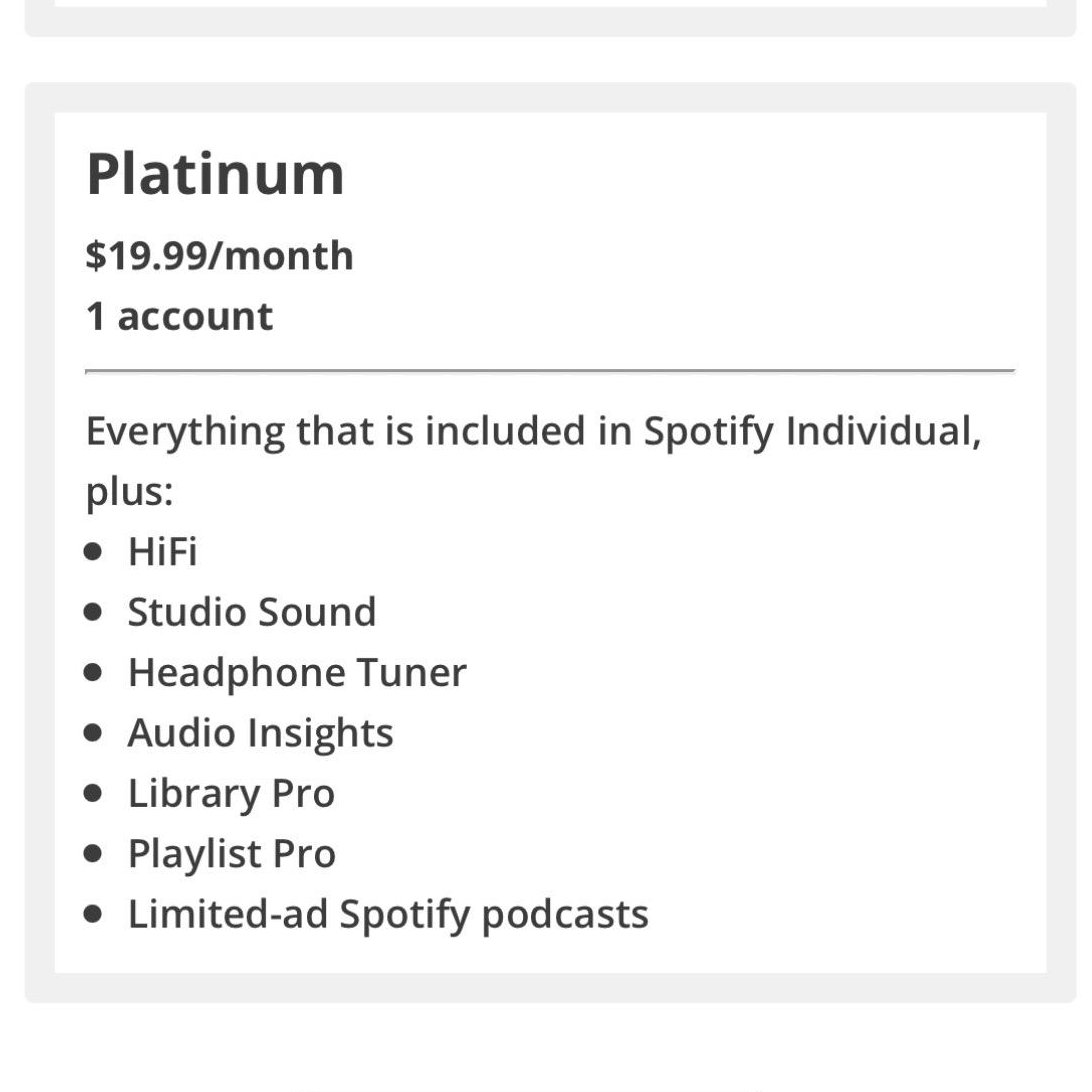 Since the news about the survey came out, a lot of Spotify users have been anticipating this new plan more than ever. After over a year of stalling, Spotify talks about the release of the Spotify HiFi, saying the delay resulted from licensing issues.

In addition, Spotify CEO Daniel E.K commented earlier this year to Spotify investors and analysts after a thread about the proposed Spotify HiFi led to angry posts.

He said, "We know that HiFi quality audio is important to you. We feel the same, and we're excited to deliver a Spotify HiFi experience to premium users in the future. But we don't have the timing details to share yet. We'll of course update you when we can."

With this comment, we can only hope that Spotify platinum is ushering Spotify HiFi, and lossless audio will make its way into the market before the year runs out.

What Is the Likely Cost of Spotify HiFi?

Of course, as a user who wants Spotify hi def audio quality for your music, it's only normal to be curious about the cost of the upcoming Spotify HiFi.

The price for the plan was stated in the survey sent to the Spotify user mentioned above, saying that Spotify plans to bring in a new premium subscription. The survey asked if the user would pay $19.99 per month for the Platinum plan, which is similar to what Tidal offers. This rumored email and survey make us unsure what the Spotify Platinum pricing plan stands for.

The $19.99 per month pricing is double the Spotify premium individual plan, which seems quite expensive. This price strikes an argument among Spotify users who saw the Reddit post. The argument is mainly because some streaming services offer the same HiFi and lossless audio features for free while others offer the service for a way lesser price.

For instance, the Apple lossless and Hi-Res tier is very much free to every one of their subscribers. It's pretty disappointing that Spotify wants to offer the same feature for a higher price. On the other hand, Amazon Music charges for the HiFi and lossless audio at a lower price than the proposed Spotify HiFi plan. It costs about $12.99 for prime users and $14.99 for non-prime users.

Other streaming services that provide HiFi streaming quality at $14.99 per month are Qobuz and Deezer. Since the streaming service has not said anything officially about the hi def Spotify pricing yet, it is best to wait for their official announcement.

The CD's lossless audio quality has its resolution starting from 16-bit/44.1 kHz upwards. So, as long as your device can use Spotify connect, you'll enjoy the excellent Spotify sound quality.

Will Spotify HiFi have a Free Trial?

If Spotify sets the Spotify HiFi plan at $19.44, it's essential for you, as a user, to know if the plan is worth the bang for your buck.

Since Spotify offers a 1-month free trial plan for people new to the premium plan, it is safe to say they should also be able to hold a free trial for the incoming Platinum premium plan.

Does Spotify Have Spatial Audio?

Spotify doesn’t have a spatial audio feature at the time of this writing. Spatial audio is 3D audio effects that tweaks sounds produced by speakers and headphones to give a better outcome. The device you use is also a significant factor in how well you can use spatial audio.

We are unsure if Spotify will adopt spatial audio for its Platinum plan. All we know is that Spotify is yet to release the technical details of the subscription plan. Still, as a music streaming company that has been in service for a while, we hope to get the best from them. So, keep your fingers crossed for a spatial audio Spotify and Dolby Atmos Spotify.

Transfer Your Music With FreeYourMusic

Are you tired of waiting for Spotify HiFi and want to enjoy high-quality audio? Transfer your music from Spotify to Apple, TIDAL, Qobuz, Deezer, or Amazon music today!

With FreeYourMusic, you can transfer all your music playlists and albums from Spotify to other streaming services. You can always go back to Spotify and import your playlists when they introduce Spotify HiFi. 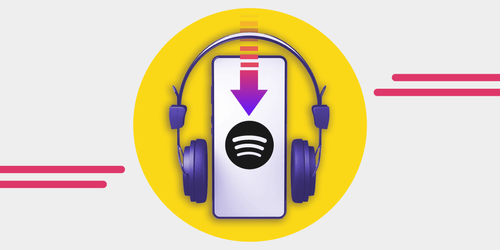 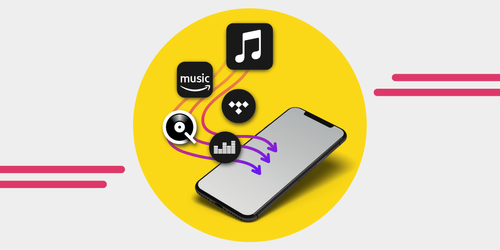 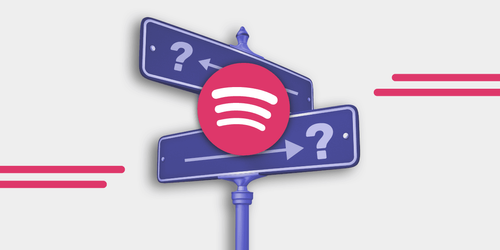